ASEC is managed by an exceptionally qualified professional leadership team that brings a diverse background of experience and a common philosophy for success.

Jeff Wallace is a seasoned executive with over 30 years of experience in management and technical positions in the government sector specializing in strategic enterprise architecture planning, business process design, analytic and cost modeling, and the development of analytic decision-support systems. 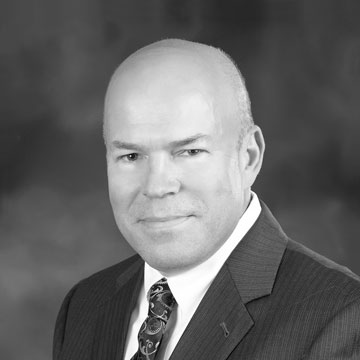 Curtis D. Carlson is responsible for the oversight of the company’s accounting group and all aspects of its financial reporting and compliance, including establishing financial processes and procedures as well as implementing and maintaining new finance systems. In addition, he is the primary liaison with bank officers and the Company’s independent auditors. Curtis has over 30 years of experience in the information technology consulting arena to include contracts/subcontracts management, proposal management, corporate governance as well as mergers and acquisitions.

Before joining ASEC, Curtis founded and was president of Fair Lakes Consulting Group, Inc., a private company developing web-enabled software applications for the United States (US) Intelligence Community. Prior to that, he was with Infodata Systems Inc., a public company, where he served as its Director of Contracts and Administration, as well as its Corporate Secretary. Before that he was with IBM Federal Systems Division in the Business Practices and Contracts organization where he negotiated contracts and agreements with various US Government organizations ranging from NASA to the United States military.

Curtis previously sat on the board of directors of Synergy One Federal Credit Union for 4 years (3 years as chairman) and oversaw its growth to $100M in deposits.

Curtis holds a B.S. in Economics and Finance from the Rochester Institute of Technology and is currently completing coursework for his MBA from Virginia Tech. He lives in Northern Virginia with his wife and children.